If You Build It, They Will Come, But Who Are They? 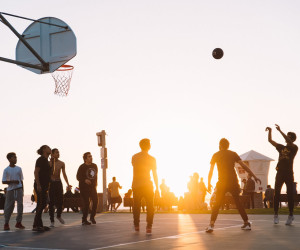 The summer Olympics happen every four years, but for Canadian Men’s basketball fans, it feels like it has been an eternity since the maple leaf has represented on the hardwood. Next summer will mark twenty years since the Canadian Men’s basketball team last saw action in Olympics competition. While there is still a slim chance that the drought will finally come to an end, should the team be successful in a last chance tournament next June, the odds appear to be stacked against the Canadian team.

As with this summer, the major question next year will be, who will step up and play? For the first time in team history, Canada could have had a roster full of proven NBA talent, with the likes of Andrew Wiggins, Tristan Thompson, Dwight Powell, Kelly Olynyk, Jamal Murray, Trey Lyles, Cory Joseph, Shai Gilgeous-Alexander, Dillon Brooks, Chris Boucher, Khem Birch headlining the team. Throw in rookies such as RJ Barrett, Nickeil Alexander-Walker, Ignas Brazdeikis, Brandon Clarke, Oshae Brissett, Luguentz Dort and Lindell Wigginton and for anyone who follows basketball, you could easily see the potential of what Canada could bring to international competition.

With the roster that Canada sent over to the World Cup, they were favored in three of their five games, coming in as underdogs against only Australia and Lithuania. Unfortunately for our basketball hopefuls, the schedule makers decided to place those two teams in back to back games at the start of pool play. Even after two straight losses, oddsmakers and money lines had Canada as heavy favorites against Senegal and Jordan, games in which Canada won convincingly.

Currently ranked 21st after their showing at the recent World Cup, team Canada falls behind teams such as Italy, Poland, Turkey and Slovenia, not your traditional powerhouse basketball programs. With the increasing number of NBA level players potentially available to pull on the red and white jersey to represent their country, only Joseph and Birch were part of the World Cup roster. While credit is given to Olynyk, Murray, Brooks, Barrett and Brissett who all suffered injuries leading up to the games, there is still a significant number of players who for various reasons left their country hanging.

Sure one could argue that playing for the National team does not come with any financial compensation and it would cut into summer recovery time from the NBA (though only Murray played an extended season).  It would mean a short rest before training camp, one would have to look no further than Marc Gasol, who just came off a NBA championship with the Toronto Raptors to play for Spain, Giannis Antetokounmpo, who was just named the league MVP and Nikola Jokic, a first team All-NBA star as just a trio of the 50 NBA players to represent their countries.

It is easy to look back and say coulda, woulda, shoulda, but at the end of the day, that will not solve the issue moving forward. Next June, Canada will compete in a six team tournament that they must win if they want to compete in the Tokyo 2020 games. With all respect to the team that competed in China, more talent is needed if the team wants move on to Japan. It’s highly unlikely that the entire team will be overhauled by NBA talent as it would mean an even shorter offseason should the team be successful in qualifying.

After a successful 2016 event in Rio, the Tokyo 2020 predictions have oddsmakers anticipating an even better summer next July. With only Major League Baseball to compete against, the Olympic Games will offer a variety of betting opportunities throughout the 36 events. As individuals and teams still compete to qualify for the games, the only betting odds available right now are for the Men’s 100 Meters, with Andre De Grasse coming in a 9/2 odds to win the gold.

Say what you want about how the decision ultimately comes down to the individual, but when other teams have a number of their top players committing to representing their flag and the mass majority of Canada’s best are on the sidelines watching instead of playing, one has to wonder what it will take. Maybe taking a look at the personal sacrifices that Melvin Ejim, Thomas Scrubb, Kyle Wiltjer and Kevin Pangos made will help some change their minds. It’s hard for coach Nick Nurse and GM Rowan Barrett to build a championship program when the tool box doesn’t have all the right tools available for use.