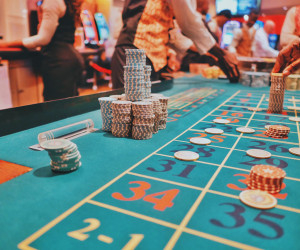 It’s official! Toronto—Canada’s largest city—now has casino table games, thanks to the Great Canadian Gaming (CGC) and Woodbine Racetrack and will perhaps include sports betting.

On Friday, 31 September, the Great Canadian Gaming Corporation announced that its subsidiary, One Toronto Gaming (OTG), had received the necessary municipal zoning approvals from the City of Toronto to offer table games at Casino Woodbine—the previously slots-only casino attached to the fabled racetrack.

Over the years, the casino industry has considerably evolved in Toronto—which has always been a popular gambling city—and across the Ontario province. Unlike the British Columbia casino industry, Toronto doesn’t have as much scope or influence. However, with the launch of live table games, it is becoming evident that Toronto is beginning to catch up, and there are a lot of things to expect as Toronto-based casinos begin to develop.

While British Columbia casinos claim their revenue is declining due to the introduction of anti-money laundering rules and regulations, it seems like Toronto and Ontario are beginning to wax stronger. As a result of the approval, the Woodbine casino has formally launched 50 “live dealer” tables alongside around 200 electronic tables and ‘stadium’ style gaming positions that can accommodate a further 100+ positions.

According to OTG, it expects to include an additional 50 live tables and over 300 additional slot machines – bringing the property’s total slots count to around 3,000 – in the fourth quarter of this year, increasing the available jobs in the province.

“This is another important achievement for One Toronto Gaming, made possible by the hard work from our team in collaboration with stakeholders including OLG, our regulators, and the City of Toronto,” stated Rod Baker, the President and Chief Executive Officer of One Toronto Gaming in a report.

“This not only is a significant step in the expansion and overall development of Casino Woodbine, but this additional gaming amenity has generated over 400 new jobs and will create another 300 by the end of 2018.”

Earlier this year, Toronto City Council approved the planned expansion of Woodbine expected to be completed in 2022. The proposed casino expansion at the Woodbine Racetrack would bring in about $30 million in annual revenue for the city and equally provide hundreds of jobs to local workers.

Interim city manager Giuliana Carbone noted that in 2022, when the facility is fully built-out, the city can expect to receive $26 to $31 million a year, according to estimates from the province's Ontario Lottery and Gaming Corporation (OLG). Also, by the end of 2022, the new facility is expected to provide roughly 3,700 new jobs and Carbone reported that Ontario Gaming plans to ensure “at least half of the employees will be working full-time after two years of operation.”

With the successful addition of table gaming in the casino, it’s almost certain that residents might not have to wait that long to begin witness significant changes in the area.

After posting an impressive second-quarter results, it safe to assume that Great Canadian Gaming is taking giant steps to become a dominant force in the Canadian casino world. However, this is one of the key developments for the future of the industry and as a result, it is going to open the door for a lot more interest in casino gaming—hence bringing more revenue to the area and helping the industry grow significantly.