10 Tips To Help You Win the Lottery 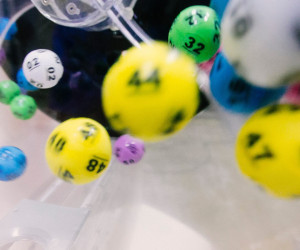 Winning a lottery can be all it takes to change a person’s life and get those extra zeros in their bank account.

For some players, using family birthdays, lucky numbers or a supposedly near-accurate random number generating systems could be their means to achieving success. However, the chance of winning the National Lottery jackpot for example, is 1 in 45,057,474, according to the Lotto website. Also, there is a 1 in 7,509,579 chance of getting five numbers plus the bonus ball.

However, despite the odds of hitting the jackpot in a major lottery are quite large—and the fact that there is no determinant system to the picking the perfect number combination—there are still a number of things that can be to be done to boost one’s chances of winning the prize money. For example, to minimize losses, it’s best to play using a lottoland bonus code.
However, here are ten tips to increase your chances of becoming a multi-millionaire.

1.  Select an even blend of odd and even numbers

For beginners who are filling out a bet card for the first time, it is important to note that you have to carefully choose and pay attention to the six unique numbers from 1 to 58 in every box.
It’s safe to do this because it is extremely rare for all the six winning numbers to be all odd or even numbers. Therefore, it is advisable to rather mix the lottery numbers up a bit. 2/4, 4/2, and 3/3 are usually the best ratios.

2.  Distribute out all the high and low numbers

3.  Don't place a bet on all combinations

While most lottery users would bank on luck to scale through, you’re drastically lowering your chance of success by placing a bet on all combinations.

According to a Reddit user, NotAikoYumi—who had all the time in the world to check if one can actually bet on all possible combinations—you can't place a bet on all combinations.
Based on this computation, you'll need a huge sum of money to buy an outrageous number of tickets—not to mention the numerous days to go to a lotto teller and fill out the cards.

4.  Read up on Probability Theory

For players who have experience with statistics from their high school days, you’re definitely bound to have a better understanding of this. Now, lotteries are basically just permutation and combinations.

So, to get a better chance at hitting jackpot, brush up on those P(n,k) and C(n,k) formulas.

5.  Make a sum of all your numbers

To increase your chances of winning, ensure that you make a sum of your six chosen numbers, the ideal “winning” range of the sum should be between 136 and 218.

6.  Don’t give up on losing numbers

While there’s the tendency to forfeit numbers with a track record of losing, it’s still necessary to track the last five games and see which numbers have never been drawn.

Now, there's actually a huge chance that half of these “losing” numbers are winning numbers. So, those that have been out for 10 games or more have a 76% chance that they'll be drawn in the next one.

7.  Select the most probable number combinations

Lotteries are all about maths, so there's a roster of most probable number tandems—for example, one from the 10s and one from the 20s.

It’s highly unlikely that all the six winning digits would be from one group—i.e. all single digits, all 20s, all 30s, etc.). Therefore, it’s advisable to avoid placing a bet on just one lotto number group.

Many lottery players have love for the number one, however to boost your chances of winning try to avoid playing it as the last digit for all six numbers.

Well, there’s no way to circumvent the reality of luck in winning lottery. Get the maths right, follow the rules but at the end keep your fingers crossed and just ride on your luck.